The Mont-Blanc Tunnel: a link between the people and the territories in the heart of the Alps and since 1965 an international tourist and economic axis of communication

The Alps were for a long time an impassable barrier and a natural boundary between nations and territories. The history of drilling the gallery for the Mont-Blanc Tunnel testifies the threefold conditions necessary for the creation of such a link: the desire of the people, the political will and the economic imperatives.
Inaugurated in 1965, the Mont-Blanc Tunnel is a major international route between France and Italy, with vital importance for the economic, social and cultural exchange within Europe.
The Mont-Blanc Tunnel is an essential player in the promotion of tourism and exchange between the valleys of Courmayeur and Chamonix. In 2018, this construction was used by 1,956,178 vehicles, including 1,316,754 light vehicles.
Numerous projects came up against these difficulties at the dawning of the 20th century. This work could not have been carried out if Europe had not been at peace. The wish for reconciliation between the peoples after the Second World War, the emergence of the « common market », carried by the head of states and governments, the Treaty of Rome in 1957, as well as the economic contingency plan, which once the years immediately after the war were passed, allowed this challenge to succeed. At the beginning of the 60s, the Mont-Blanc Tunnel consolidated this link between the reconciled French and Italian peoples, but above all, the reconstitution of Europe. 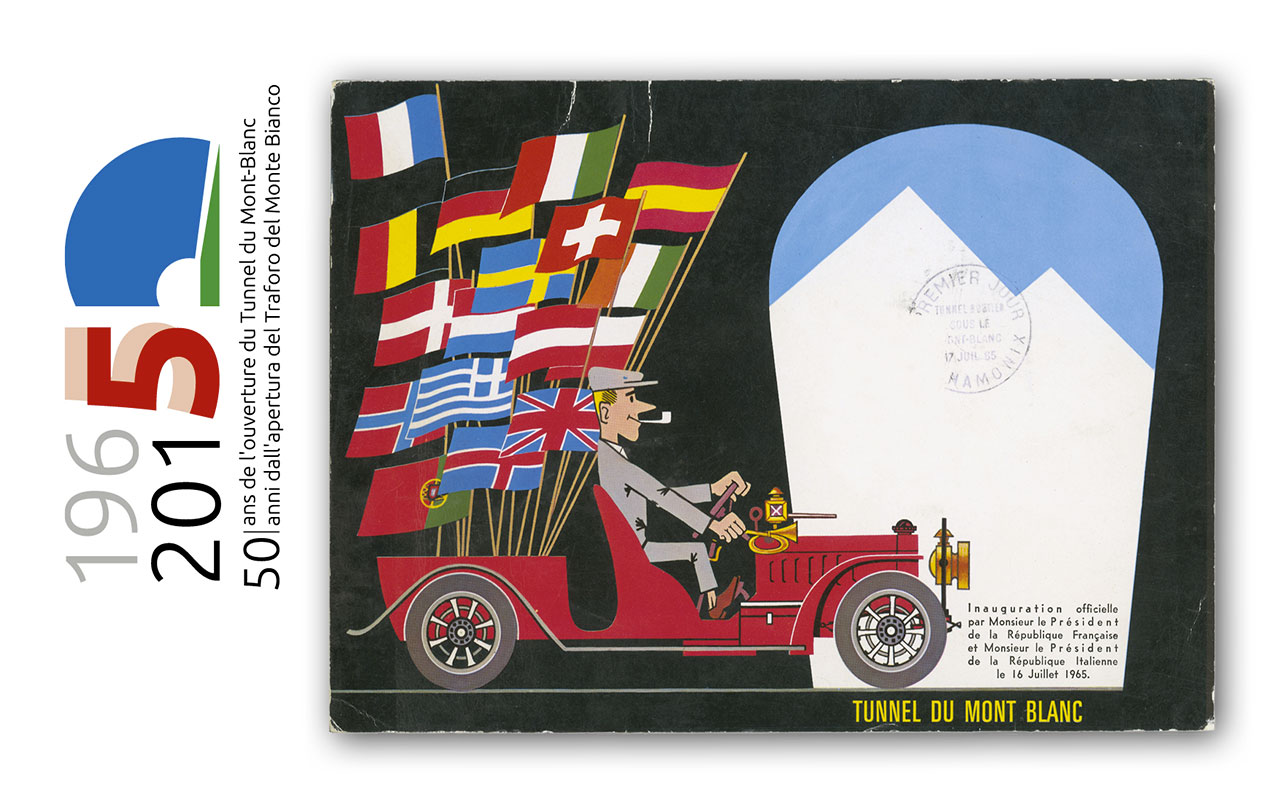 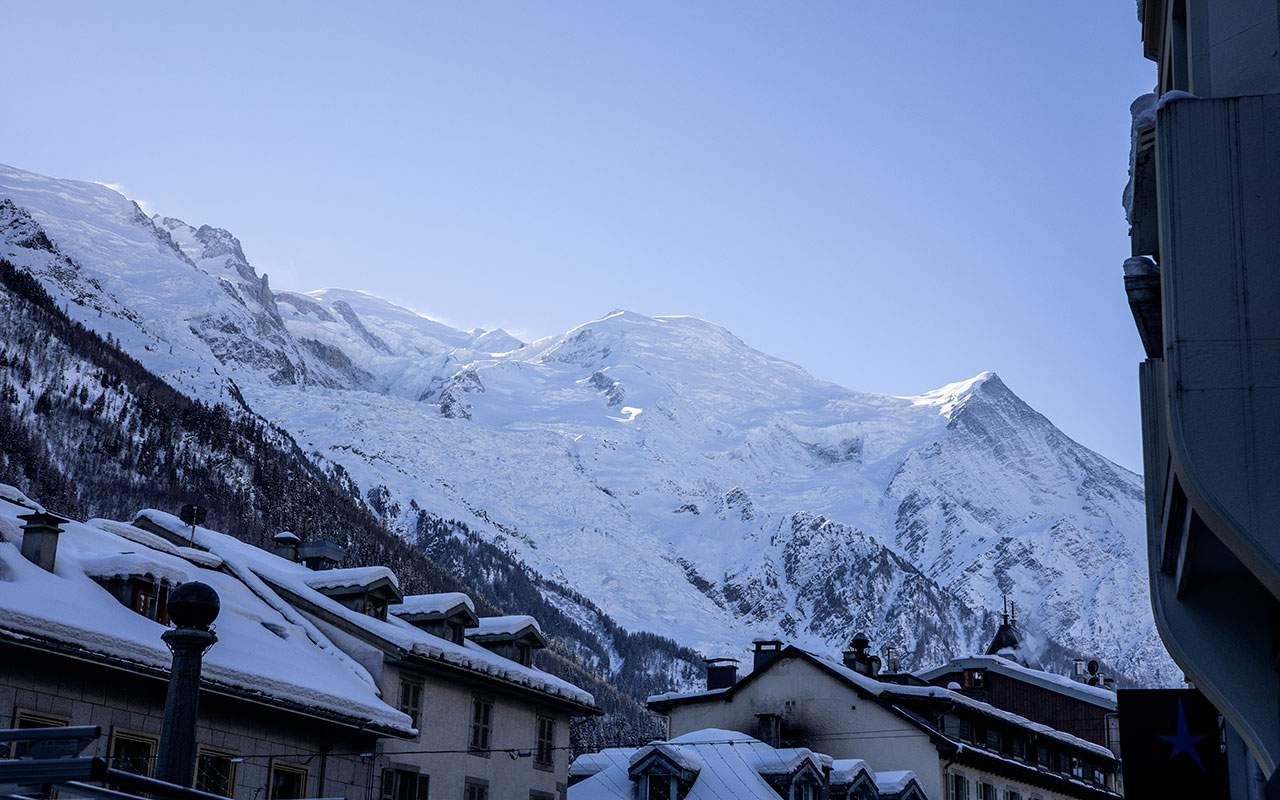 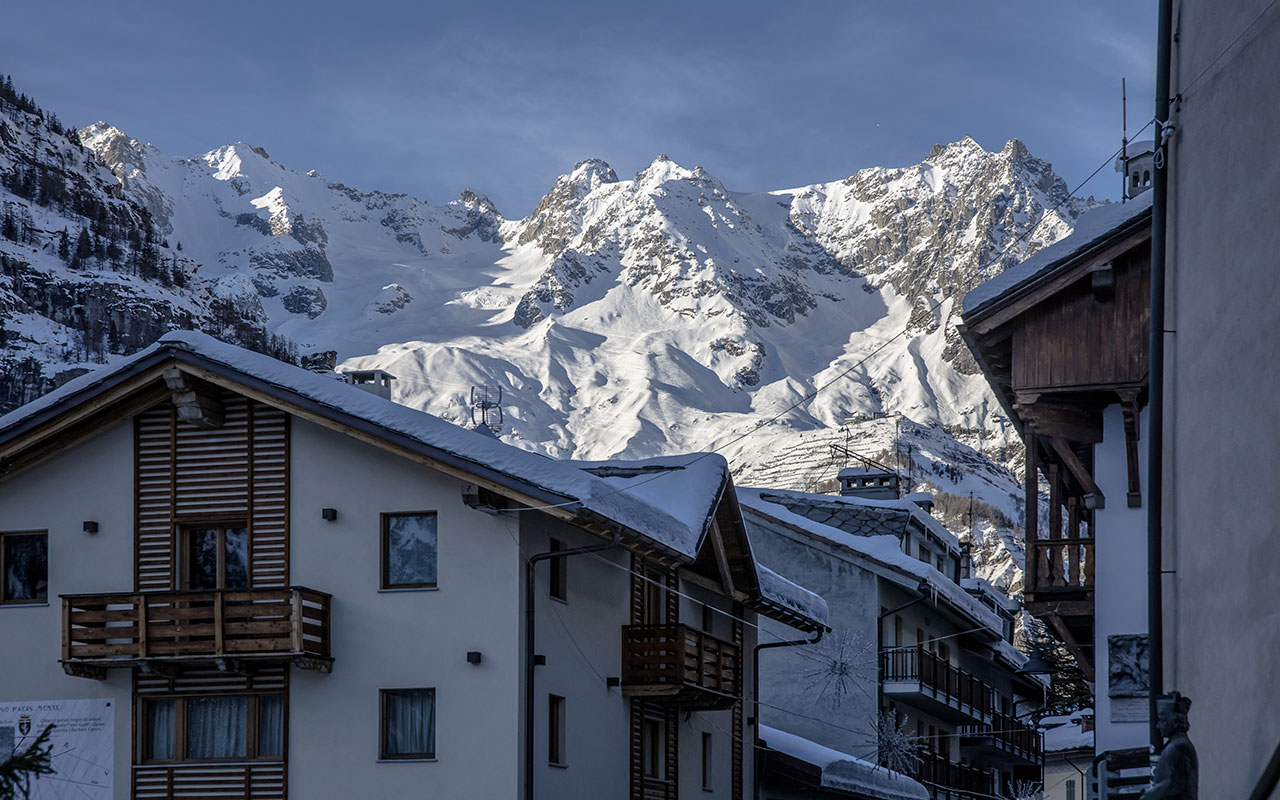 An area of opening and development

The Mont-Blanc Tunnel, at the heart of the liaison Rome-Geneva-Paris, constitutes a vital axis for economic and social development, at the service of local valleys, linking the big regional centres of Lyon and Turin and opening them up towards the big European agglomerations.
By permitting this exchange to take place in the best possible conditions of security and fluidity, the Mont-Blanc Tunnel gives a feeling of good craftsmanship to an important population, but also a true partner for numerous enterprises for whose economic equilibrium balances upon reliable delivery and provisioning.

In facilitating the exchange between France and Italy and the local services, the Mont-Blanc Tunnel equally favours tourist and cultural activities. The Chamonix and Aosta valleys benefit notably from exceptional landscapes with a wealth of natural species, a very rich patrimony and numerous leisure installations. These benefits explain the importance of the tourist traffic through the Mont-Blanc Tunnel: light vehicles represent 68% of the traffic flow. 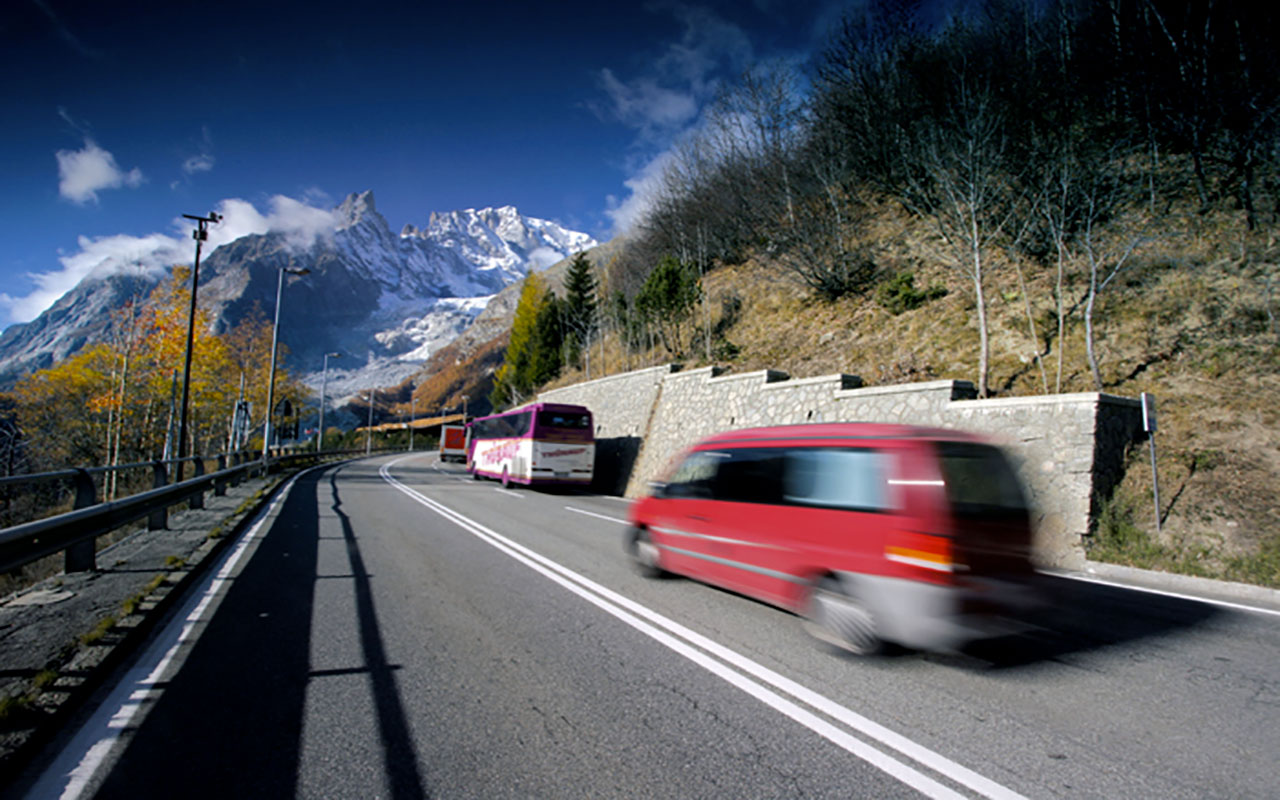 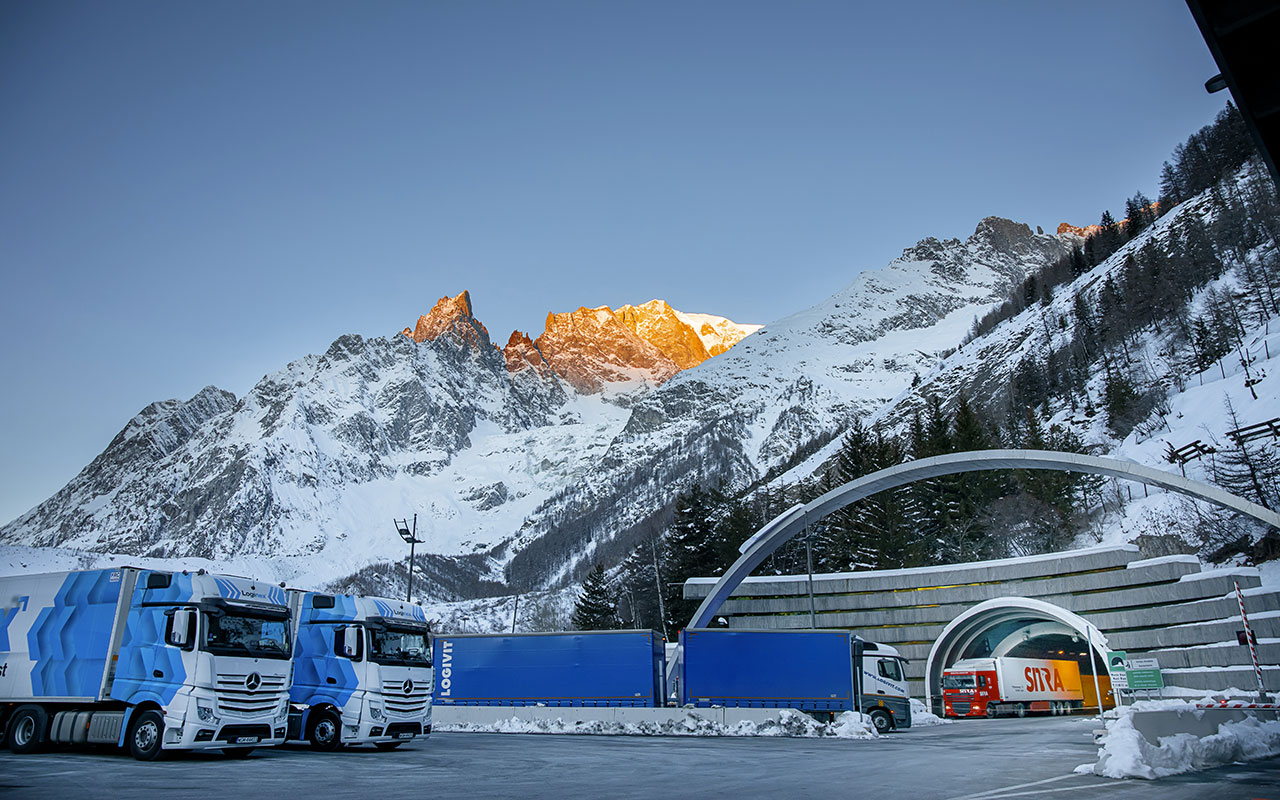 An area for exchange

« Here, today, two nations embrace each other… history brings them to the baptism of fraternity, nature, spiritual affinity » - Amintore Fanfani, Head of the Italian Government, September 15th 1962.
Beyond economic, cultural and tourist exchange, the Mont-Blanc Tunnel constitutes a crossroads of competences and exemplary innovation, strengthened by its bi-national character.
Whether they be the teams who are present on a daily basis at the heart of the tunnel or at its edges, public rescue services, administrators or public services, elected representatives, governments, experts or business partners, whether they be French or Italian, they are all concerned with the security and quality of the service provided on a daily basis for those using the tunnel.
This melting pot of multicultural competence and expertise makes the Mont-Blanc Tunnel a unique space of exchange for the conception and deployment of innovative solutions.

It is these particular characteristics which have given the Mont-Blanc Tunnel the right to figure among the most innovative works in relation to security. It is the object of regular visits from experts from all over the world and in 2017 it welcomed more than 1400 people who came to visit its installations and equipment. 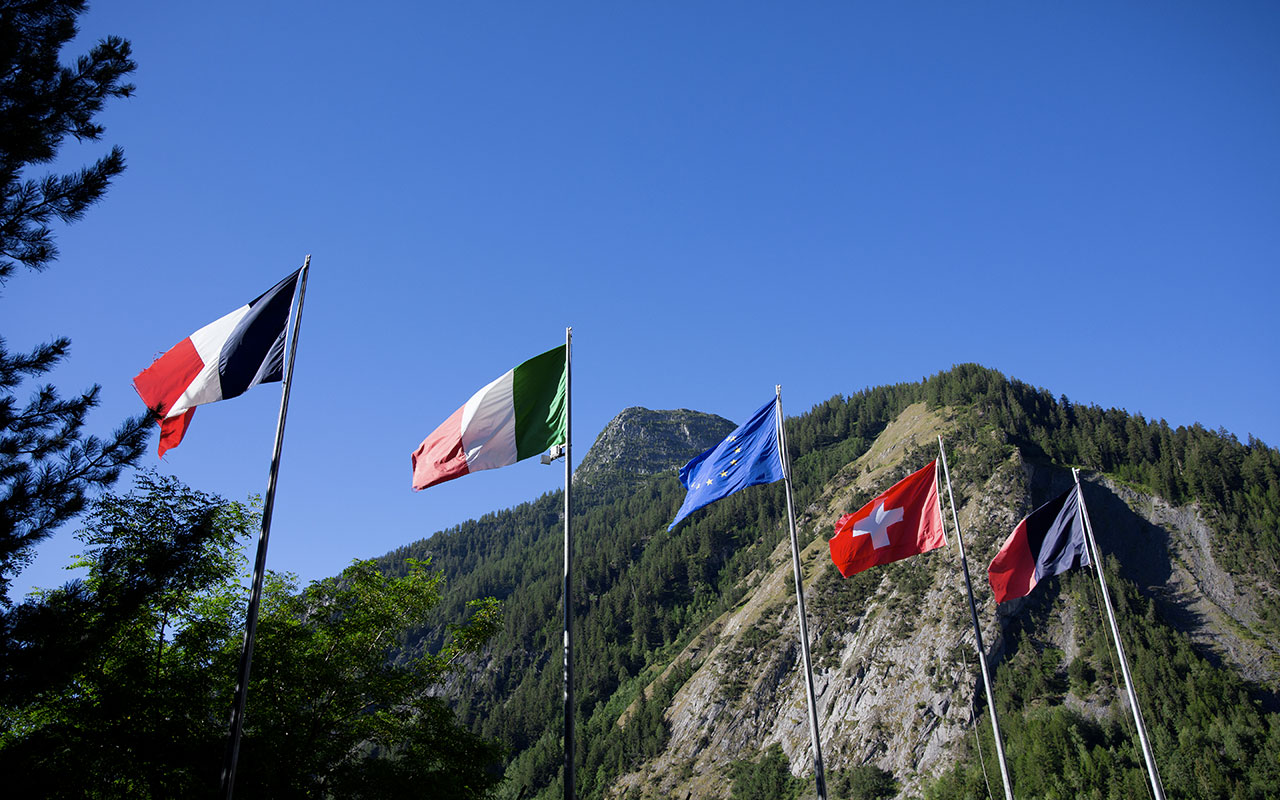